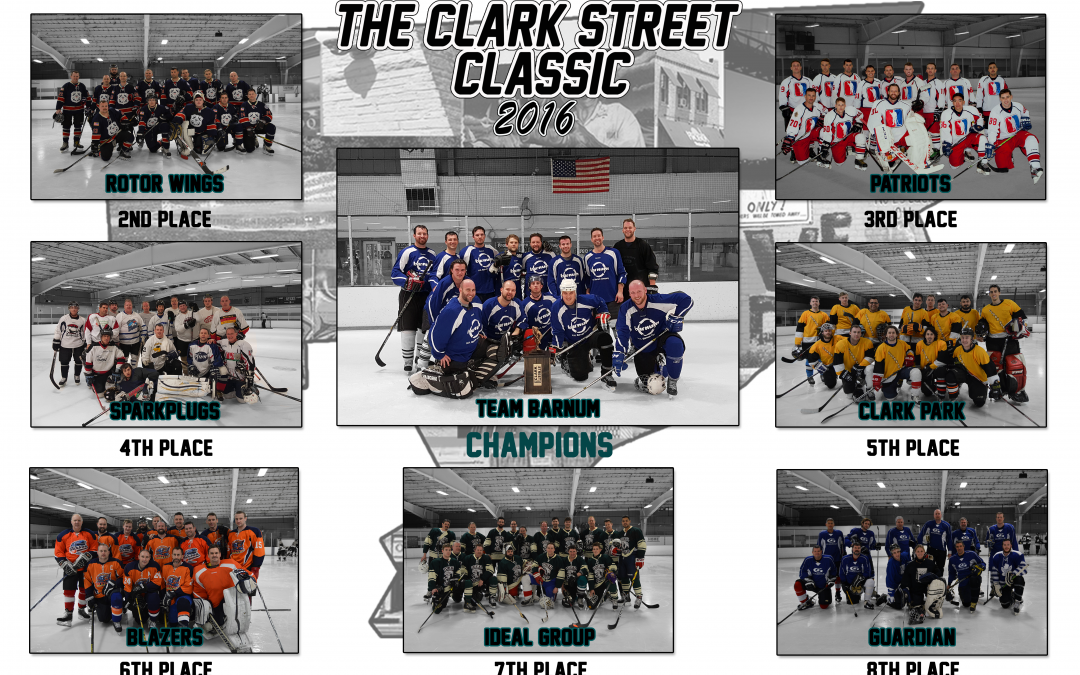 For the second year in a row, Ideal Group sponsored in The Clark Street Classic tournament, from February 19th through the 20th to support the Clark Park Coalition. Although the warm weather cancelled Friday’s game, team members eagerly sought out a new location to hold the tournament on Saturday.

Thank you to all the sponsors of the event, Ideal Group, Huntington Bank, HH Barnum, Filmar, AGI Construction, RJS Tool, Spina, and Electro-Matic, and a big thank you to Fraser Ice Arena for donating 15 pairs of kids pants to The Clark Park Coalition. We look forward to next year’s games!