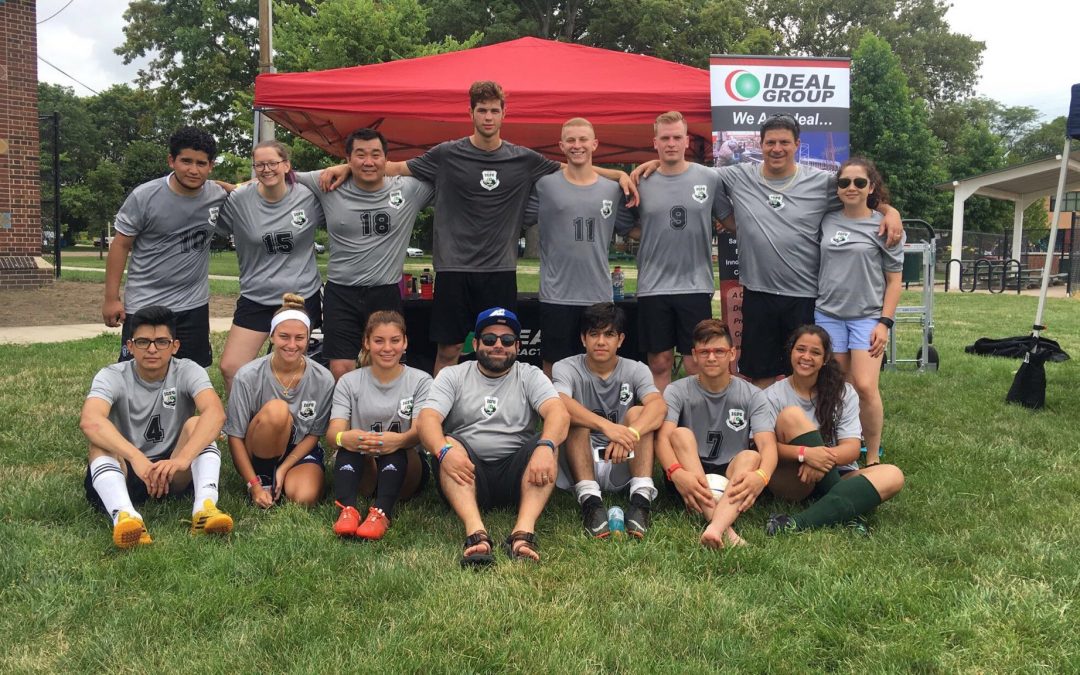 On July 22nd, The Ideal Group Fútbol Club competed in its first ever soccer tournament at Clark Park in Southwest Detroit. And though it didn’t go as planned in the standings, all of our employees and interns had a great time getting a little exercise, raising money for Clark Park, and playing the “Beautiful Game”.

Participating in the 2017 Copa Motor City soccer tournament, IGFC dropped its only two games of the double elimination tournament. Losing 3-2 in a heartbreaker to RPM, the team then lost 3-0 to the Southwest Community team while playing with a short bench.

This may not have been the start the IGFC front office and players were hoping to see but, with practice and built up chemistry, the Ideal Group’s soccer team is already preparing for the 2018 Copa Motor City.