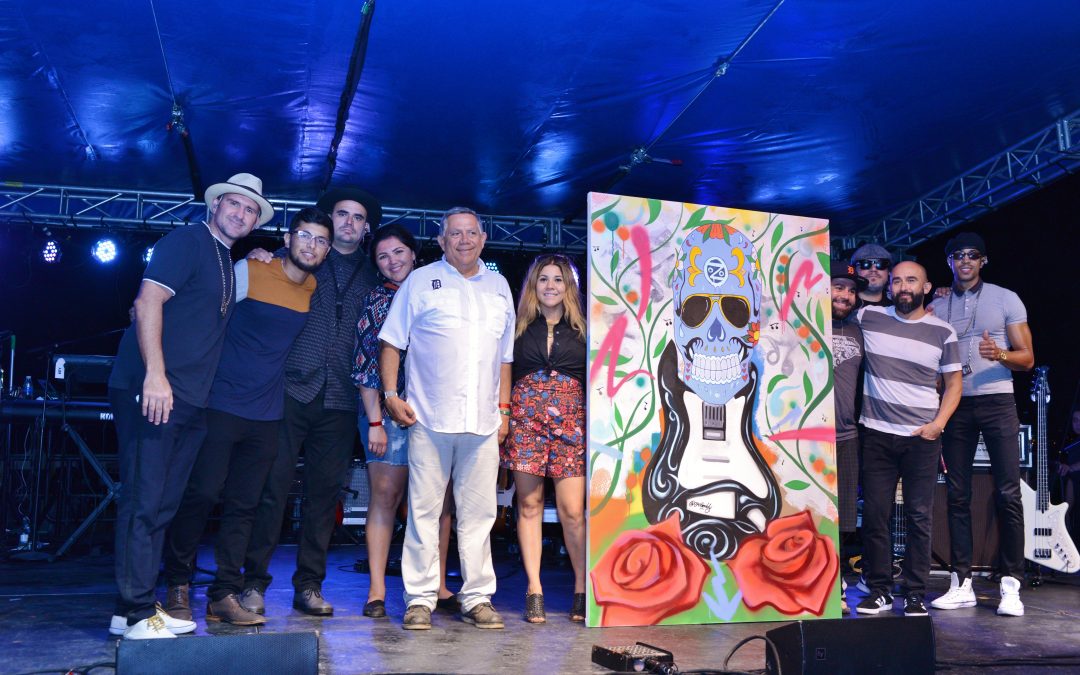 Conceived to not only celebrate Latino heritage and culture, the festival also aimed to build a stronger connection between the Detroit Riverfront and the Southwest Detroit community. The family-friendly event ran from 11 a.m. to 10 p.m.  Admission was $5 per person, but community organizations distributed large quantities of free passes throughout Southwest Detroit.

The event featured something for everyone, including a diverse offering of music and entertainment options. Six local musical acts and dance troupes provided entertainment at the main stage, leading to an evening performance by Grammy Award-winning band Ozomatli at 8:30 p.m.

Additionally, the Westside Majestics club presented Slam Saturday from 11 a.m. to 7 p.m., a low-rider car show and car hop featuring more than 100 cars where participants competed for a $3,000 grand prize.

Southwest Detroit’s Ideal Group and the family of its CEO and Board chair, Frank Venegas, Jr., were among the event’s major sponsors.  Supporting the Southwest Detroit community is something that Frank Venegas—who also serves as a member of the Conservancy’s board of directors—takes very seriously.

“One of the things The Ideal Group and the Venegas family strive for is to make Detroit number one again,” said Venegas.  “We want to highlight Southwest Detroit and what the community has done to help the City of Detroit regain its stature as a place where people want to live.”